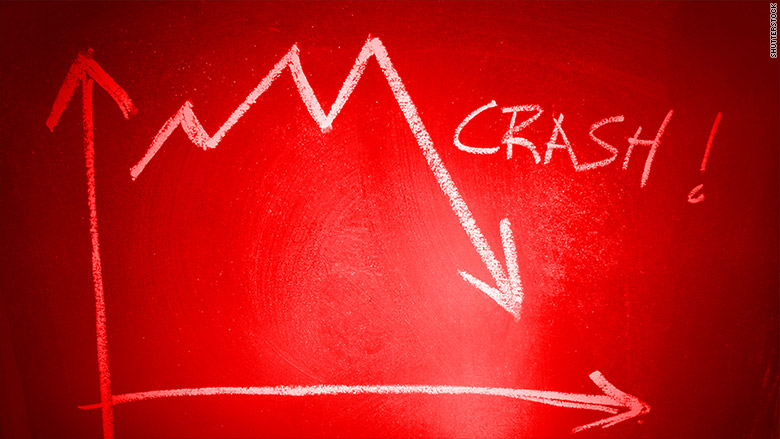 Sam is a passionate value investor, who is focused on generating long-term, market-beating returns by investing in high-quality opportunities in the stock market and providing patient capital to Swiss and European SMEs. Original piece in German here.

Every experienced investor knows the queasy feeling he gets when he looks at his financial statement and finds that stock prices have fallen into a bottomless pit. Who likes to watch his fortune evaporate? Even if this argumentation seems correct at first glance, it is wrong at best, and at worst it leads to financial ruin.

In the short term companies can be punished for a variety of reasons by the stock market. The share price, like most other prices, results from the interplay of supply and demand. However, shares do not exist in a vacuum but represent ownership rights in real companies. The long-term business development of a company is not permanently ignored by the stock market. Companies that manage their capital profitably over the years and achieve a satisfactory average return on equity and earnings growth will not disappoint in the long-run with their share price development. As the ownership rights cannot be sold in their entirety – shareholders always sell their shares to other shareholders – the success of shareholders depends on the operational success of the companies.

The biggest risk of investing in equities is a permanent and real capital loss. “Permanent” because temporary price fluctuations are irrelevant for long-term investors. “Real” because in an inflationary world nominal must be distinguished from real value changes. Short-term price fluctuations therefore need to be analytically distinguished from permanent value losses. Imagine a farmer who receives an offer from a prospective buyer of one million dollars for his farm and decides not to sell. The next day, another prospective buyer offers one third for the same farm. Is the farm now worth less? Should the farmer sell his farm? Rather not! Benjamin Graham, the father of securities analysis and a teacher to Warren Buffett, has invented the fictitious character “Mr. Market”. If you want to buy or sell stocks, then Mr. Market offers a reliable price at which he is prepared to trade. The only problem with this is that Mr. Market suffers from manic-depressive mood swings. Depending on the mood, he demands different prices for the same shares. If you let yourself be guided by Mr. Market, you’re buying expensive and selling cheap. Benjamin Graham’s advice was that you need to see Mr. Market as a transaction partner, not as a guide for your investment decisions.

I am astonished to find that this advice is disregarded by many – if not most – market participants. If the price of a stock falls, most shareholders are more likely to sell. Certainly the instincts described at the beginning play a big role. People associate temporary with permanent losses and tend to overreact. They look at what other people do, treat Mr. Market as an authority, and create facts rather than enduring uncertainty over time. This is supported by media coverage, which affords a variety of reasons for any random price fluctuation, thereby reinforcing the current sentiment.

I suspect another important reason lies with our educational institutions which have been teaching modern portfolio theory for decades. Due to several unrealistic assumptions, this theory comes to the conclusion that volatility equals risk. The more the price of a share fluctuates, the greater the risk. This view leads to partially absurd conclusions. Let’s say the stock price of a company falls more than the price of a market index. The beta factor of the stock increases and according to portfolio theory, this makes the purchase of that stock riskier after the price drop than before. In reality, however, one can buy the company and its earning power more cheaply, which means a lower risk with higher potential returns. Volatility increases opportunities, not risk, for long-term investors.

Big damage is caused by this misunderstanding of risk in the Swiss pension system. According to the Swiss Federal Statistical Office, Swiss pension fund assets totaled CHF 824 billion at the end of 2016. The equity ratio was 2% lower than the bond ratio of 32%. Unlike equities bonds pay a fixed coupon, which maybe risk-free if you measure the risk in fluctuations but very risky in the real inflationary world. If you invest today in 10-year Swiss government bonds, you get the current interest rate of 0.12%. This return is “safe” in the sense that its fluctuations are limited and the Swiss government will almost certainly not go bankrupt in the next 10 years. As long as inflation stays above 0.12% you, as the buyer of such a bond, will achieve a “safe” real depreciation in value. If inflation picks up unexpectedly, the real depreciation would be even higher. Very risky, considering that inflation in Switzerland has averaged 2% over the past 100 years and at times even more than 10%.

Another argument that Swiss pension funds should increase the equity ratio is shown by the historical return comparison between equities and bonds. Since the beginning of 1988 10-year Swiss government bonds had an average return of 3% per annum, compared with 9% for the Swiss Performance Index (SPI). The annual excess return of 6% is likely to have more than offset the additional risk associated with equity investments. Historically, there was no safer long-term asset class than equities.

The statement by Johann Schneider-Ammann in the magazine “Swiss Venture Capital” is all the more astounding: «I have been in contact with Henri B. Meier and the others behind the idea of the Swiss Future Fund for several years. It turns out that it will not be easy to implement this idea: pension funds are designed primarily for less risky investment.” Today’s portfolio of pension funds is very risky – it will generate a low return and cause high opportunity costs. As a former Swatch Group director, Mr. Schneider-Ammann should actually know that the risk of a stock is not defined by its volatility – over the last 20 years the Swatch bearer share price has fallen in three occasions by more than 50%; nevertheless, since 1998 the stock has risen from CHF 80 to CHF 480, an annual return of more than 10%, including dividends.

The Swiss Future Fund depends on a reasonable understanding of risk. If capable people invest in a portfolio of start-ups, then the likelihood that some of these start-ups will succeed will be high and the risk of permanent real capital loss small. Dr. Henri B. Meier, the initiator of the Swiss Future Fund, has demonstrated this with the company HBM Healthcare, which he founded in 2001. This year alone, the excess return of this stock against the SPI is more than 16%. Since the IPO in 2008, the share price has risen from CHF 80 to CHF 156, despite the interim low of CHF 20, and generated a cumulative shareholder return of more than 110% including dividends – approx. 8% annually compared to 5% for the SPI.

The high-wage country of Switzerland must invest in technologically leading companies in the long-term if it wants to secure the high but expensive standard of living in the future.